Just What are The Most Common Injuries in Ice Hockey? 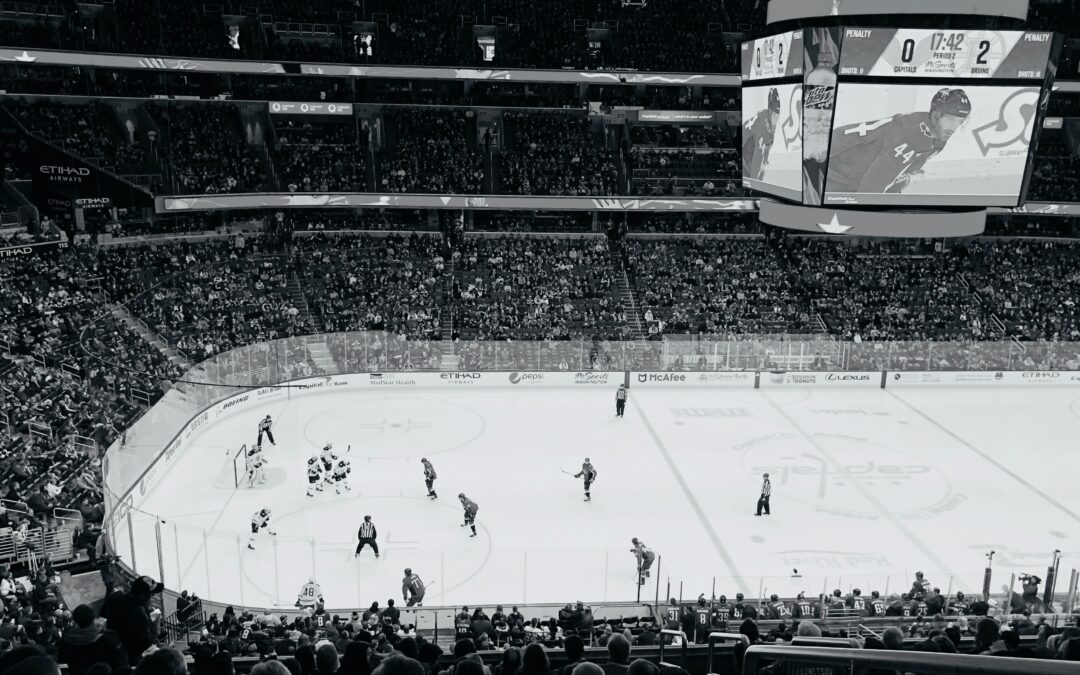 Injuries are commonplace in all sports, at all levels. From amateur to professional, there are scrapes, sprains, and breaks every weekend of the year. Some sports are more prone to injuries than others, and ice hockey is near the top of the list. This sport has a reputation for being violent, and after reading this description in an academic review, it is perhaps not hard to see why:

“Since the 18th century, ice hockey has evolved into a fast-paced competitive sport involving twelve players skating at high speeds on a sheet of ice and shooting a vulcanized rubber puck at speeds in excess of one hundred miles per hour. Played on a rink surrounded by hard wooden boards with players body checking each other as a defensive technique.”

Ice hockey has one of the highest injury rates in professional sports. Major injuries can disrupt hockey teams in all sorts of ways and can even have a ruinous effect on an entire season. From momentum to fan atmosphere and ice hockey betting, serious injuries have an impact in many different ways.

Ankles are susceptible to injury in any sport. The rigorous motions of ice hockey put players’ ankles under pressure and a number of injuries can occur as a result. A sprain is the most common of ankle injuries in ice hockey. The fact that hockey players wear skates actually offers some protection against typical ankle sprains. What are common in ice hockey are high ankle sprains, also known as an ankle syndesmosis injury. An example of this ankle injury is if a skate gets stuck in the ice and rotates the ankle externally, pushing the fibula away from the tibia.

The vast majority of high ankle sprains can be treated with the RICE (Rest, Ice, Compression, Elevation) method. Once returning to playing, tape or strapping can help prevent further ankle instability.

According to medicalwaveus.com, groin injuries account for around 10% of all ice hockey injuries. These often occur early on in the season when the body is out of practice and the players have recently returned to training. The most common cause is the muscle stretching further than it is capable of and therefore tearing. The motions of skating at speed make the adductor muscles in the groin especially susceptible to strains and tears. Strains in the groin are split into three grades. Grade 1 can usually be played on with, and only appears afterwards. Grades 2 and 3 will cause immediate pain and require rest to aid recovery. As is the case with most muscles, proper stretching before training or a match can help prevent groin injuries.

Knees take a lot of strain in most physical activity, and ice hockey is no exception. An article in the British Journal of Sports Medicine claims that “lower-body injuries account for 30% to 45% of all hockey player-related injuries, with knee injuries being the most common lower-body injury.” Two of the most common knee problems are injuries to the MCL (medial collateral ligament) and ACL (anterior collateral ligament). The pushing off from the inside of the leg means the MCL is an all too frequent casualty in ice hockey. Turning incorrectly or too forcefully on a planted leg can also cause an MCL injury to occur. If the ACL tears it can cause significant instability going forward, and even after surgery, hockey players are at risk of re-injury.

Shoulders are crucial to every hockey player, and the physical nature of the sport puts them at constant risk. Many kinds of shoulder injury can occur but the most common is damage to the AC (Acromio Clavicular) joint. The AC joint connects the front of the shoulder blade and the outside of the collar bone. Players wear pads in a match situation, but these are usually not sufficient when it comes to collisions with other players, ice, or the boards, which upon impact can cause separation. Shoulder separations are extremely painful and immediately noticeable. Once again, future instability can be an issue. If ice and tape are applied, and the joint is rested, players can get back into action after a couple of weeks.

Concussions are a hot button topic in all sports, and for good reason. It is an issue that has been neglected for a long time, with disastrous consequences. Concussions are the most common injury in ice hockey and are not always easy to immediately recognize. A concussion occurs after a collision – with another player, the boards, or a fall onto the ice. What may seem like light or innocuous contact can lead to a concussion, despite the presence of helmets during matches. Symptoms include headaches, dizziness, and nausea, and it is important for a doctor to be consulted for suspected concussions. The reason for this is that repeated concussions can cause permanent brain damage.

The correct equipment can go a long way to preventing injury, or at least lessening the impact of it. Poor-fitting skates can cause ‘lace bite’ and weaken the ankle. Pads that are too thin or do not fit, including helmets, leave the body susceptible to numerous impact injuries on the ice. Failure to stretch properly before training or a match will make the muscles more vulnerable to sprains and strains. Given that it is estimated that teams and their insurers paid injured players an average of $218 million per season in the NHL, it is clear that injuries are a major factor in the sport. These are all steps that can, and should, be taken to help avoid injuries while playing ice hockey.