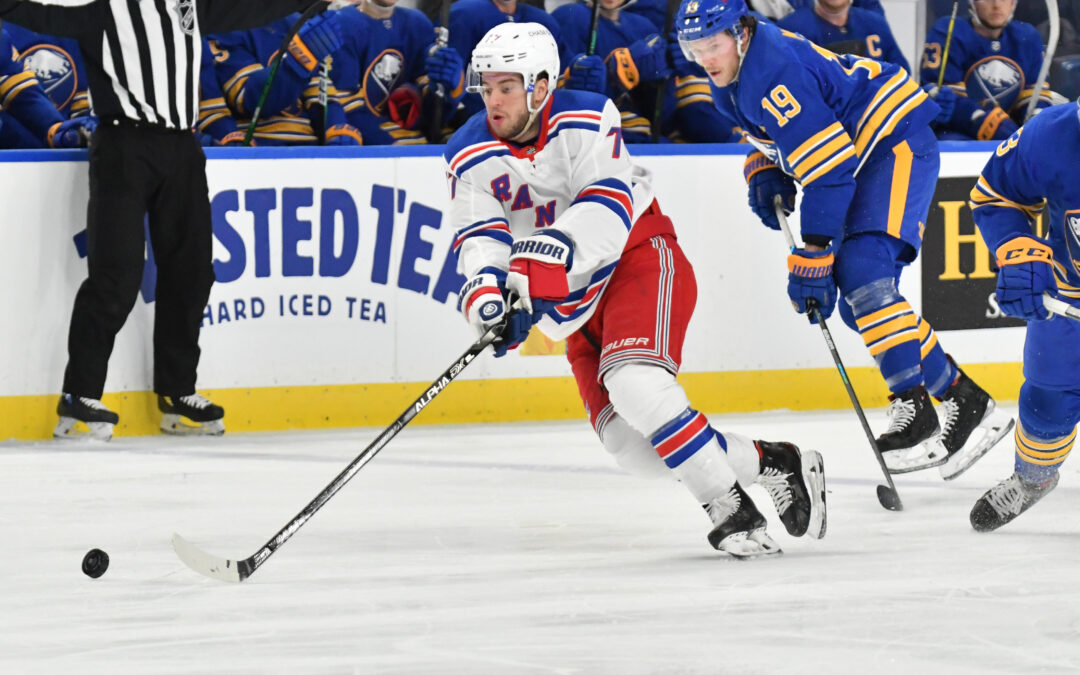 The New York Rangers took to the media to announce that they have placed Tony DeAngelo on unconditional waivers for the purpose of buying the final year of the player’s two-year contract, which he signed for $9.6 million back in October.

The 25-year-old defenseman last played for the Rangers back on January 30th before he was waived the following day. He was reported to have gotten into an altercation with goaltender Alexandar Georgiev, and after clearing waivers Jeff Gorton, who was the general manager at the time, revealed that DeAngelo will not be playing for team anymore and it was confirmed by best online casino South Africa at the time.

Having registered 15 goals and recorded 53 points for the 2019/20 campaign, the defenseman struggled at the opening of the 2020/21 season and he ended up finishing with just one assist in six games.

Speaking about the incident then, then-Rangers head coach, David Quinn, said to the media: “This isn’t about one incident, it’s not about one thing. This is a situation the organization felt was best at this current time. We’ll see how the situation plays out.”

The buyout is reported to be for one-third of the remaining contract because DeAngelo is 25 years of age. Once he is done with the waivers, he will become an unrestricted free agent. To become a restricted free agent, he would need to have his contract expire first, but that’s not possible as the Rangers are buying him out.

The first NHL buyout window has been scheduled to close on July 27, while the NHL free agency officially begins next Wednesday and there are many rumours circulating the media already.

In other news from Larry Brooks of New York Post, the Rangers will be moving on from defenseman Brendan Smith, who has played for the franchise for five campaigns ever since he arrived at New York from Detroit Red Wings in 2016/17. He ended up signing a four-year contract with the Blue Shirts, a deal reported to be worth $17.4 million.

Smith was able to register 234 games with the New York Rangers, but he failed to up to the contract he signed, as he was only able to record 43 total points, with 313 penalty minutes, 194 blocked shots, and a -12 +/- rating, and they were all covered with odds from best usa online casino.

Smith 2020/21 season could be considered his best campaign with the New York franchise as he bagged five goals, which tied for his career high, while also being deployed in the forward position several times this season.