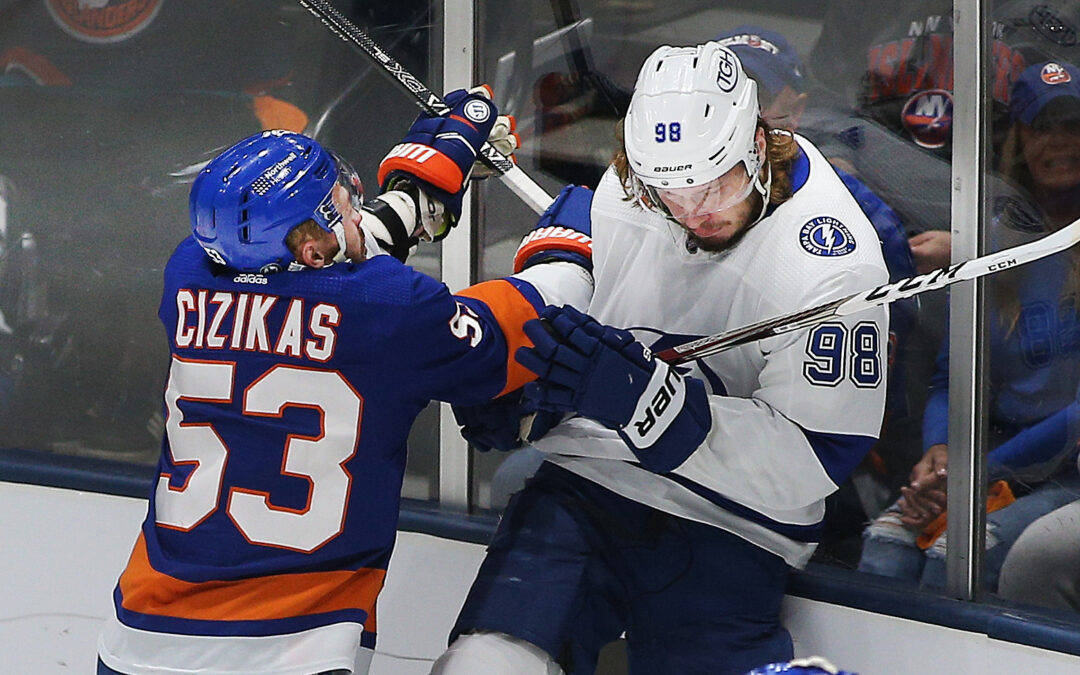 The New York Rangers entry into the offseason will require them to strengthen up their roster in toughness and ability. Although there are several talented players available in this free-agent class, only one of them can be considered the best option for the Rangers, Casey Cizikas.

Cizikas is a long-time New York Islanders’ centre and he has pivotal for the team on the fourth line alongside Cal Clutterbuck and Matt Martin. The trio was able to ward off the opposing defences, as they were able to dictate the physical side of the game with their strength when they are included in the Islanders’ roster, which is being watched by best usa casino sites.

After bagging 14 points in 56 games for the Islanders in the 2020/21 season, Cizikas will be entering the free agency this summer. The 30-year-old centre was able to rack up 112 hits, which is a stat that proves that he could bring value to the Rangers’ forward roster.

The addition of Cizikas to the team will play a huge role in the Rangers’ strength, plus it would mean a lot to steal from their local rival, Islanders, who is considered as one of NHL’s most successful teams in the last two campaigns, which is mostly owed to their notorious ability to frustrate their opponents. Cizikas played a pivotal role in that process for the Islanders.

Cizikas, who stands 5-foot-11, is also a penalty killer, and he could potentially improve the Rangers’ penalty kill, which was on the rise last season. The New York Rangers finished the season 10th in the NHL (82.3%) on the penalty kill, while the Islanders were ranked sixth (83.7%).

The Rangers are to go all out in signing this prolific centre, who weighs 200 lb, he becomes the oldest player in the forward group and will be bringing leadership and his wide experience to the team.

After a five-year, $16.75 million contract, Cizikas will be entering the market as an unrestricted free agent for the first time in his professional career. Another five-year contract and that AAV might be unrealistic for the 30-year-old centre when he signs for Rangers.

The New York Ranger could look to offer Cizikas a shorter AAV that will cover some interesting signing bonuses, which is exactly what they did with ArtemiPanarin, but a shorter-term and AAV is the most realistic contract the franchise will be offering to the centre. More like a two-year contract worth $2 – $3 million per year could be the range the Rangers offer to the unrestricted free agent, according to meilleurjeux casino.

Cizikas has a high face-off percentage when it comes to being the physical role player, couple with the fact that he is also a penalty killer. He has been able to register seven goals in 56 games which places him on a double-digit pace for an 82-game season.

All we know is that the New York Rangers are interested in Casey Cizikas, but we don’t know how keen they are on the player. He is a free agent target that could potentially bring changes to the Rangers team.