Where will the Rangers finish in the Metropolitan Division table? 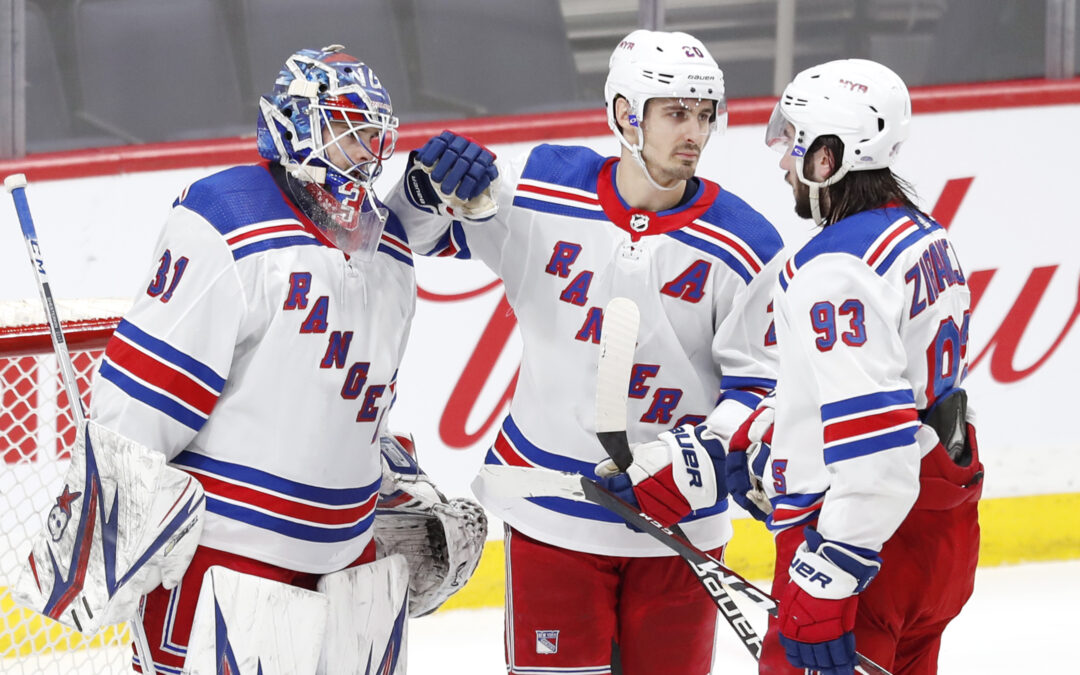 The New York Rangers are one of the most respected and well-followed teams in the NHL. The team have won four Stanley Cups in its history, but none since 1993/94 and fans will be desperate to see them end their drought soon. They may have already been wagering on the team’s progress via online sportsbooks such as BetRivers. Winning is all the sweeter if it also makes you some money!

This will naturally lead fans of the side to look at where things now stand after months of play and where the team may finish in the Metropolitan Divisional table. But how exactly could things pan out with what we know so far?

Looking at the table to date, there is certainly room for improvement. The Rangers currently sit second from bottom with only the Devils below them. They have played a total of 55 games to date with 28 wins from those fixtures. With only 27 games left to play to earn a playoff spot, it has been a season of bright sparks but frustration in the main if you are a Blueshirts supporter.

But what has been behind this largely uninspiring season for fans? You would certainly have to look at lengthy injuries to key players Mika Zibanejad and Marc Staal at certain points earlier in the year. It is also consistency; something that the Rangers have struggled with a lot this year. They have lost almost as many as they have won which tells its own tale. They can be capable of a stirring performance such as the comeback against the Canadians in early December but can also be capable of poor showings straight after. To climb the table in the remaining games, they must try to address this issue.

But what else can the team from NY do to finish higher up the table and make a late playoff run?

Beef up the defensive plays

Defensive coverage has also been something of a worry in many Rangers games this year. In some ways you would expect it with players like Adam Fox and Ryan Lindgren who are new to the NHL this year. However, there should be enough in terms of experienced coaches and veteran players to make their defense more solid. At the moment, other teams find it too easy to pass through them and get close to their net relatively unopposed. Many fans feel that the Rangers are also too passive in general play and fail to put enough pressure on the puck or the opposition players when in possession.

To mount a late playoff run in 2019/20, you feel the Rangers have to be better in possession. The players are dispossessed too often and are regularly bundled off the puck by more physical teams. This is tough with so many young players in the team who do not have size on their side but it is an area which hurts them. Maybe the Rangers could use the speed of their young players to move past opponents and also do more when they have the puck.

A leap up the table could happen

While there are things which could be improved on, there have also been bright spots in the season to date. The signs are there of a very promising young team who are starting to find their feet in the NHL. With the experience they have now picked up and a bit more organization, they could have enough left to climb the table. The fact that they have shown they can live with big teams by beating sides like the Capitals and Sharks is also very encouraging. The return of Igor Shesterkin in goal in their most recent 4-1 win over the Winnipeg Jets may also prove the spark to see them pick up the wins needed in the remaining games.

Calling exactly where the Rangers will finish in the Metropolitan Division is tricky. With eight out of their last ten games on the road, it may be tough for them to climb even to make a playoff spot. What may be entirely in the team’s reach though is a Wild Card entry into the playoffs. With a few games in hand and not much ground to make up in terms of points for this on others, the Rangers could well pull it off. While they may only climb to fifth in the standings at most, a Wild Card entry could keep their Stanley Cup hopes alive this season.