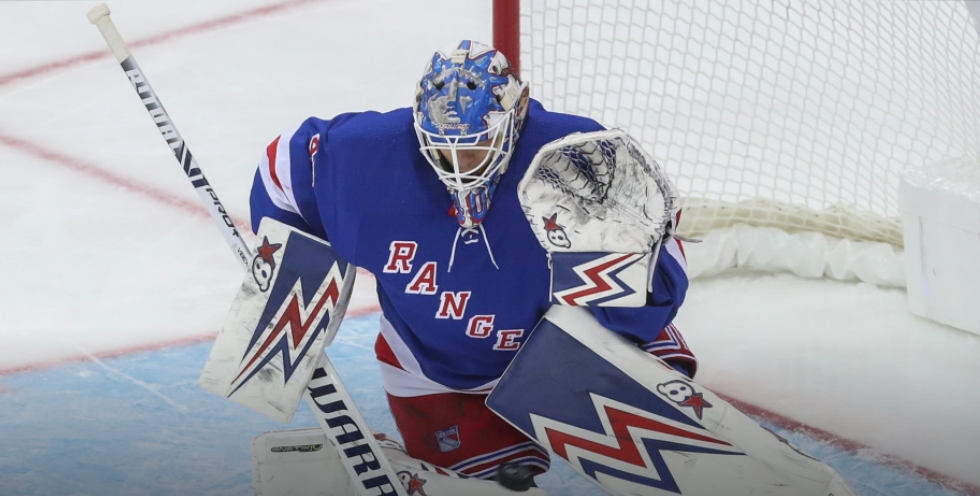 Alexandar Georgiev of Ruse, Bulgaria recorded his fourth National Hockey League shutout on Sunday. The first Bulgarian born player in NHL history and the Russian international made 38 saves as the New York Rangers hammered the Vegas Golden Knights 5-0 at the T-Mobile Arena in Las Vegas, NV.

The Rangers were led offensively in scoring by Jacob Trouba of Rochester, MI, Artemi Panarin and Ryan Strome. Trouba and Panarin each had one goal and one assist for two points, while Strome had two assists. The other Rangers who scored were Chris Kreider of Boxford, MA, Mika Zibanejad and Jesper Fast.

This was Georgiev’s second National Hockey League shutout in nine days. He previously made 33 saves in a 4-0 Rangers win over the New Jersey Devils on November 30. Interestingly, both shutouts Georgiev has had in this time period have come on the road.

On the season, Georgiev has a record of eight wins, five regulation losses and one loss in extra time. As he continues to share time with 2012 Vezina Trophy winner Henrik Lundqvist, Georgiev has a shutout in one quarter of his victories. Georgiev also has a goals against average of 2.67 and a save percentage of .926.

The Rangers currently have a record of 15 wins, 11 regulation losses and three losses in extra time. At 33 points, they are four points back of the Carolina Hurricanes for a playoff spot in the Eastern Conference.